Employer reputation propels IMT Atlantique in the QS by Subject 2021

IMT Atlantique has made good progress in the QS by Subject 2021, reaffirming its excellent reputation among employers: the School has moved up about 100 places this year in the ranking for the whole of the "Engineering & Tech" field, taking the 326th position in the world!

Such a progression is uncommon at this level of ranking and underlines the vitality of the relationships between the school and companies, as well as with its alumni. Thanks to this, the school is now ranked 12th nationally.

QS by Subjects: in the ranking by discipline, IMT Atlantique is ranked as follows: 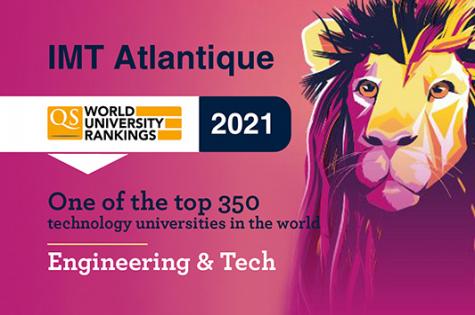