IMT Atlantique at the forefront of nuclear energy

Energy, but also health: Traditionally very present in nuclear training and research with the Subatech joint research unit, IMT Atlantique is taking advantage of the renewed interest in the sector.

With the energy crisis and the war in Ukraine, nuclear power is making a comeback in France and around the world. Everywhere, power plant construction projects are multiplying. This is generating an increased need for skills.
IMT Atlantique is one of the (rare) technological universities to train engineers and researchers for the nuclear industry. In 1994, it participated with the CNRS (French National Centre for Scientific Research) and the University of Nantes in the creation of the Subatech laboratory (subatomic physics and associated technologies, UMR6457). Housed on the IMT Atlantique campus in Nantes, Subatech employs more than 200 people: 60 researchers and research professors, nearly 80 engineers, technicians and administrative staff, around 20 post-docs (researchers on fixed-term contracts) and around 50 PhD students.

Subatech's work covers both fundamental physics (nuclear and particle physics) and applications. These applications concern reactor physics, via the study of current (water reactors) and innovative (molten salt reactors) concepts, but also the physics of the cycle (energy scenarios). Other areas include nuclear energy for health, but also radiochemistry.

Very active in research, Subatech also offers a wide range of training courses related to nuclear energy. From the first year onwards, students learn about the subject through introductory courses on energy transition or the functioning of reactors or heat exchanges, alongside more fundamental courses in physics or applied maths, economics, sociology and management.

Training in all aspects of nuclear power

Above all, in 2nd and 3rd year, students choose an in-depth study theme (thématique d’approfondissement, or TAF), including the DEMIN course, for Development and Management of Nuclear Installations. Supported by Subatech, this course (nearly 300 hours/year) deals with either medical or energy issues. In the latter case, lessons are linked to radiochemistry and the physics of reactors and the fuel cycle. Over two years, the course covers all aspects of nuclear energy: operation, thermal-hydraulics, safety, waste management, etc.
Numerous professional lecturers also provide practical insights, enhanced by visits to power plants and exchanges with alumni. In addition, courses on project management or safety and FOH (Organisational and Human Factors) issues are offered by the Social Sciences and Management department. "The objective is to provide our students with a solid technical background, but also with a broad vision of the field, including the socio-economic dimension," explains Nicolas Thiollière, research professor at Subatech. "They thus acquire a real maturity, and are operational very quickly." 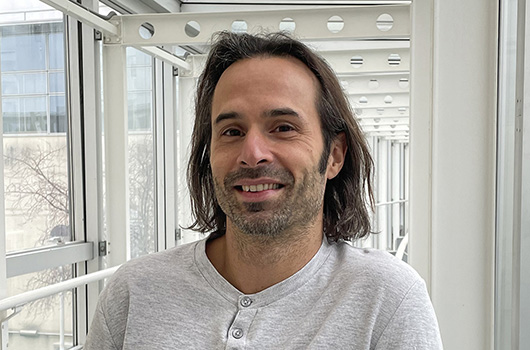 The renewed interest in nuclear energy in France is also reflected in the choice of courses by students: whereas the number of students enrolled in DEMIN was around twenty per year after 2010 and Fukushima, this year it has risen to 45. The increase is so significant that the laboratory will have to reorganise in order to cope with this influx of students. "We recruit students who are attracted by maths and basic sciences, but also by the image of innovation that the sector enjoys," observes Nicolas Thiollière. "What's more, they are very concerned by the energy transition and want to be involved in it. This gives meaning to their course." Many of the graduates of the course are even recruited before they have gotten their degree.
IMT Atlantique also offers another course dedicated to nuclear energy: the two-year International Master's degree in Nuclear Energy, which attracts students from all over the world.

It is worth noting that IMT Atlantique offers an environmental economics course to students in the energy specialisation, while an optional energy economics course is offered in the 2nd and 3rd years. Big success: the course has had to turn down candidates.
So students graduate with well-rounded, dual-skilled profiles, both technical and open to the Human and Social Sciences.

A reference book on nuclear power

At the same time, Nicolas Thiollière, together with Jacques Percebois, a professor at the University of Montpellier, has just edited a reference work, "Economie de l'énergie nucléaire" (Nuclear Energy Economics)

Written by some twenty experts from industry and academia (Saclay and Paris-Dauphine universities, IMT Atlantique, CEA, etc.), its two volumes offer a complete overview of the technical, environmental, economic and societal issues raised by the sector - without neglecting geopolitical and security aspects. "It is neither a popularisation book nor a plea for nuclear power," explains Nicolas Thiollière. "Its ambition is to offer a balanced view, with a nuanced framework for reflection, on nuclear energy and its issues". It is a way of contributing to an "enlightened and dispassionate" debate. It is also a way of strengthening the institution's legitimacy in the nuclear field.

* ISTE Editions. Available in print and digital format. An English translation is in preparation.