Biodiversity is a growing concern on the IMT Atlantique campuses and is reflected in new projects carried out with students in their Sustainable Development and Social Responsibility (SD&SR) teaching unit.

IMT Atlantique benefits from an environment that is very favourable to the preservation of biodiversity: in Brest, the campus is located near the coast, while in Nantes, it is spread out along the Erdre, a protected river. Green spaces have the lion's share of space on the fifteen or so hectares of each of the campuses and are developed in continuity with natural areas conducive to the free movement of wildlife.

Many people are familiar with the general phenomenon of a decrease in the number of flying insects, the fact that 40% of pollinating insects are endangered, and the fact that bees, which appeared on earth about 100 million years ago (compared to 300,000 years ago for homo sapiens), are also endangered species. In this context, IMT Atlantique launched a "wild bees and biodiversity" project in the spring. 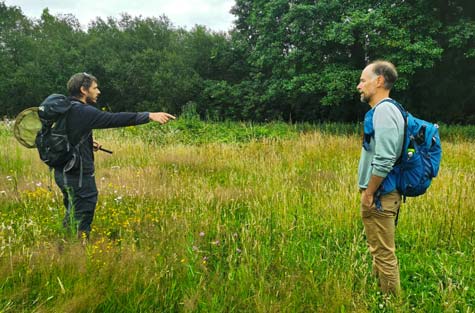 An inventory and a protocol

Wild bees are excellent pollinating insects and a good marker of biodiversity. They play a very important role in regulating other insects. The project first involved carrying out an inventory of the insects present on the campuses in partnership with the naturalist association GRETIA (GRoupe d'ETude des Invertébrés Armoricains). Particular attention was paid to wild bees, which are precious indicators of the quality of ecosystems: a significant presence or wild bees is correlated with a diversified flora, as well as with butterflies, birds and bats.

GRETIA has proposed a biodiversity monitoring protocol. An initial campaign to collect invertebrates was carried out during the summer to assess the initial quality of the ecosystems, to propose recommendations for strengthening the biodiversity of green spaces, and to set up long-term monitoring. The identification of the insects, carried out in the laboratory by GRETIA, will be used to supply the regional and national inventories of pollinating insects managed by the Brittany Biodiversity Agency, the Pays de la Loire Biodiversity Observatory and the Natural History Museum. The president of the ONIRIS wildlife centre is also involved in the project as a scientific advisor. 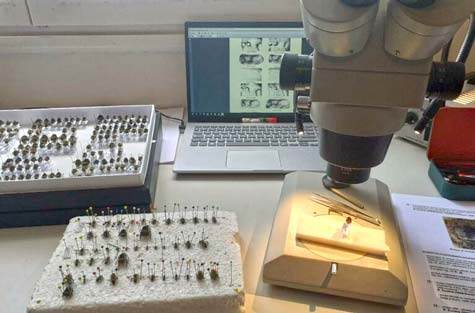 This interest in the wild bees that live on campus has piques the curiosity of students who are also interested in biodiversity. As part of their SD&SR teaching unit, they have to propose and carry out projects during the year and even ensure that they are passed on to another team for the following year, as a requirement! IMT Atlantique wants to continue these initial actions to preserve and strengthen biodiversity. The Direction du Patrimoine et des Services Généraux (DPSG) in charge of the management of the campus green spaces has committed itself to the new projects. The DPSG has already been concerned with excluding all use of phytosanitary products for several years and practising sensible mowing practices. While such actions preserve the naturally flowering areas of the campuses, there is also a desire to go further.

This new action in favour of wild bees and biodiversity is part of IMT Atlantique's proactive policy in terms of sustainable development and social responsibility, which was reaffirmed in September when the IMT roadmap for ecological and social transition was signed.