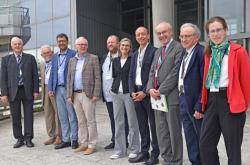 To celebrate the 50th anniversary of the Institut National de Physique Nucléaire et de Physique des Particules (IN2P3), SUBATECH organised a day-long event on 25 June, which brought together its supervisory bodies and staff to talk about memories and prospects for research in nuclear physics. 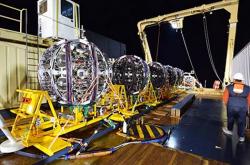 The deployment of five new ARCA (Astroparticle Research with Cosmics in the Abyss) detection lines took place at the beginning of April in the KM3NeT research infrastructure, which houses a new generation of neutrino telescopes off the coast of Sicily: a major milestone for the KM3NeT collaboration, which brings together 300 people worldwide, including a te