[I'MTech] Understanding the resilience of the immune system through mathematical modeling

Gaining insight into how the immune system works using mathematics is the ultimate goal of the research carried out by IMT Atlantique researcher Dominique Pastor, along with his team. Although the study involves a great degree of abstraction, the scientists never lose sight of practical applications, and not only in relation to biology. 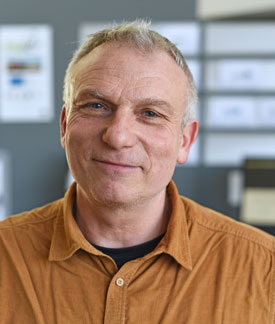 In many industries, the notion of “resilience” is a key issue, even though there is no clear consensus on the definition of the term. From the Latin verb meaning “to rebound,” the term does not exactly refer to the same thing as resistance or robustness. A resilient system is not unaffected by external events, but it is able to fulfill its function, even in a degraded mode, in a hostile environment. For example, in computer science, resilience means the ability to provide an acceptable level of services in the event of a failure

This capacity is also found in the human body ­— and in general, in all living beings. For example, when you have a cold, your abilities may be reduced, but in most cases you can keep living more or less normally.

This phenomenon is regularly observed in all biological systems, but remains quite complex. It is still difficult to understand how resilience works and the set of behaviors to which it gives rise.

Read the article on the I'MTech blog :
« Understanding the resilience of the immune system through mathematical modeling »

Erasmus + programme: credits for mobility with Indonesia and Côte d’Ivoire

Alexandre Dolgui
Head of the Department of Automation, Production a…
QS World University Rankings recognizes IM...Coronavirus Covid-19: Our measures & the a...