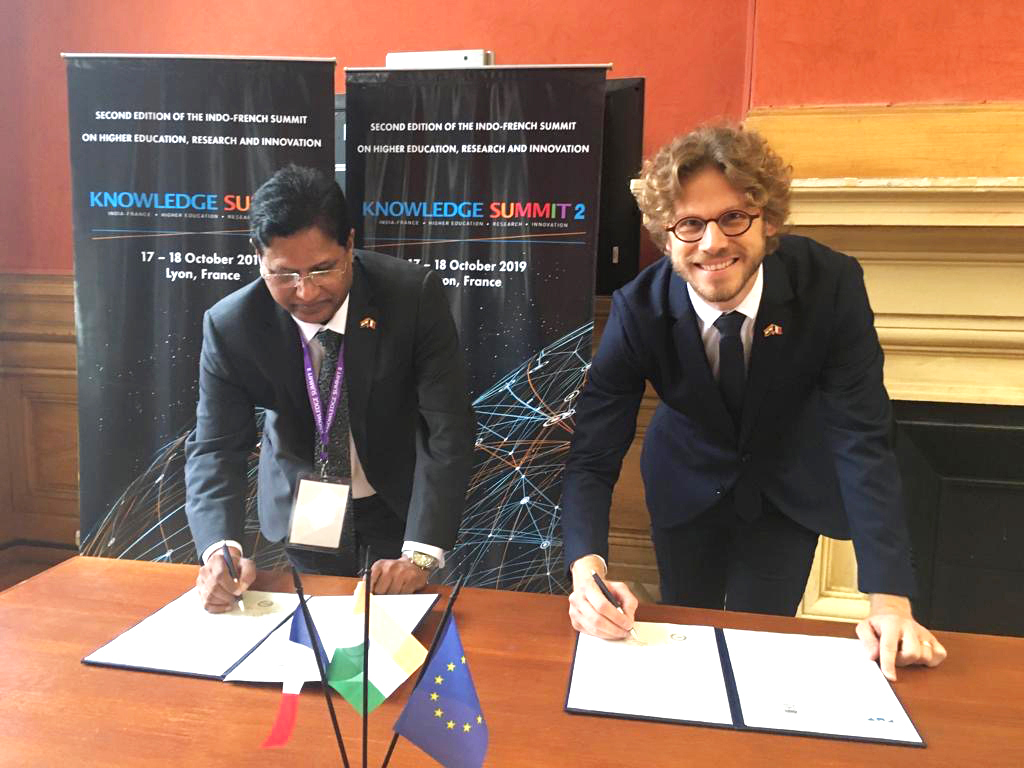 The Knowledge Summit is intended to intensify academic and scientific cooperation between France and India. The signing of the agreement for the mutual recognition of French and Indian diplomas in March 2018 marked an important step in the mutual attractiveness of the two countries. The number of Indian students interested in international mobility in France is growing rapidly. The 2nd edition of the Knowledge Summit, which has just been held in Lyon, confirmed once again the willingness of the two countries to establish strong research collaborations around essential themes such as artificial intelligence.

The thematic workshop on artificial intelligence was co-chaired by Yann Busnel, head of the SRCD department at IMT Atlantique, who hosted an Indian delegation on this theme the day before the summit (Read) This workshop made it possible to "identify with Indian counterparts the priority actions to be carried out in the field of artificial intelligence (AI) in order to achieve the ambitions of the Franco-Indian roadmap on AI presented during the Indian President's visit to France on 22 and 23 August last". The agreement signed with VJTI Mumbai, one of the oldest engineering schools in Asia, will also make it possible to develop joint research projects by promoting the co-supervision of theses.

"The school already welcomes about ten Indian students in its various training courses (MSc, exchanges) and offers the possibility for its future engineers to study or do an internship in India. This agreement with VJTI Mumbai opens up new exchange opportunities for our students in an institute of very high scientific quality," says Stéphane Roy, Director of International Relations and Academic Partnerships at IMT Atlantique.

A message from the President of IMT Atlantique to prospective students. 05.20.2020
All news
Related portraits