Thierry Duval is appointed Head of the Computer Science Department 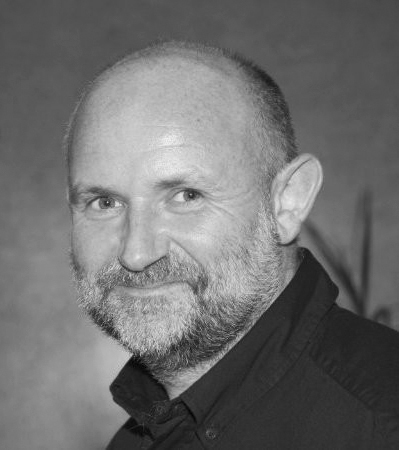 Thierry Duval, Professor at IMT Atlantique since 2014, is taking over as head of the Computer Science department.
This 54-year-old virtual reality specialist holds a PhD and an HDR (French requirement for directing doctoral work) in the field of HMI and Virtual Reality. Involved in numerous research projects and industrial and academic partnerships, his mission will be to steer the department, and in particular to guide the department's scientific and pedagogical priorities.

Thierry Duval is very knowledgeable about IMT Atlantique, where he has been teaching for 6 years. He is also in charge of the ATOL laboratory school, initiated in partnership with Thales to work in areas relating to maritime surveillance, electronic warfare, mine warfare, etc.
He is also co-piloting the Lab-STICC IHSEV team and will soon be in charge of the INUIT team, also within Lab-STICC.

A recognized researcher, Thierry Duval has been working in the field of Virtual Reality for more than 25 years. As a specialist in 3D interactions and collaboration in virtual environments, he has supervised and continues to supervise the research of numerous PhD and post-doctoral students, expert engineers/R&D, Master 2 or DEA students. He has also organized several high-profile workshops - for example, IEEE VR on 3DCVE collaborative environments or IEEE VIS on immersive 3D visualization: 3DVis. Duval's reputation has earned him the presidency of the program committee of the VRST 2019 international conference and participation in partnerships involving prestigious industrial and academic players, such as the PIA IRON-MEN project launched in 2018 on the theme of the Augmented Human using Augmented Reality techniques in the factory of the future. Other actors include elm.leblanc, Bosch, IMT Atlantique, Télécom Sud-Paris, Immersion and Adecam. Thierry Duval has been working on the ATOL project since 2014 at IMT Atlantique, alongside Thales DMS Brest and the École Navale.

Thierry Duval holds a DEA (post-graduate degree) in HMI Automation and Industrial Computing, an ENSM (now ECN) engineer specialization in industrial computing, and a PhD from the École Centrale de Nantes (ECN) and the University of Nantes with a specialization in automation and applied computing (in the field of HMI and software engineering).
He also holds the habilitation to direct research (HDR), the highest diploma in French higher education, from the University of Rennes 1 computer science specialty in the field of collaborative virtual reality. The quality of Duval's research has earned him international recognition. The new Head of the Computer Science Department of IMT Atlantique has participated in several exchange programs and projects in Europe, Japan and Australia, in particular. His new functions will take effect as of April 1st, 2020.

Erasmus + programme: credits for mobility with Indonesia and Côte d’Ivoire