THE YUR: IMT Atlantique ranked 59th in the world for under 50 year olds

The School is in joint 6th place among young French universities and is the number one engineering school in France under the age of 50.

"We are very proud to note that for the second consecutive year IMT Atlantique is ranked 59th in the Times Higher Education (THE Young University Ranking)," says Paul Friedel, President of the School.
"This success is all the more satisfying as both of our original schools before the merger* were also under 50 years old, which is rarely the case for similar institutions in the ranking".

In addition to the quality of the school's teaching and research, this list highlights two of its strengths: relations with companies and international openness. 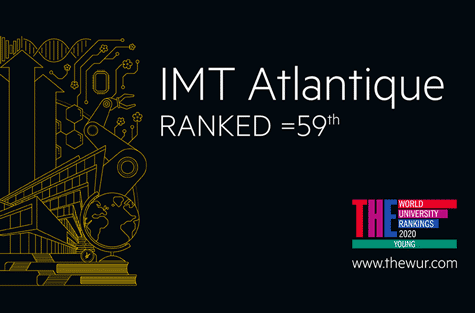 Takeover of the startup ENANCIO by the American company ILLUMINA Publiée le 09.09.2020