Guillaume experimented the Double-Degree program with Harbin Engineering University from 2014-2016:

An experience so unique, so priceless

Hi, my name is Guillaume, a French student who’s been for a couple of years on Nantes campus before I got the opportunity to continue my studies in China which is the country I’ve always been looking for. As a child I was already attracted to China, influenced by movies, curious about this culture, and thanks to the School's connections I finally met the right opportunity to somehow make a dream come true. I started from the beginning by studying Chinese language, then applied for an exchange with Jiao Tong University in Shanghai, but I figured out I was not prepared well enough to deal with language barrier and success being taught in Chinese, so I pushed it back …

Patience paid when I found the possibility to do a double degree with Harbin Engineering University, so I started to prepare it more seriously putting many efforts into this ambitious project. I got in touch with an extraordinary Chinese teacher in Nantes who helped me both improving my Chinese and find an internship in Hong Kong. That is the combination of strong personal motivation with support from the school and encouragement of the good friends I met that gave me the strength to leave the comfort I had behind and keep growing in another direction, in a new environment. 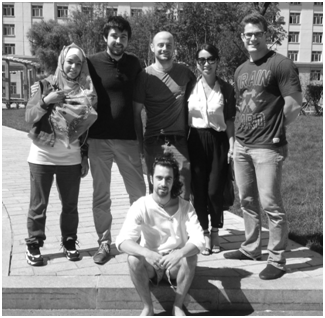 As the first student to experiment this partnership with Harbin, I had to face many uncertainties that are part of the trip, keep being active and go find the information that would never come to me by themselves, thus the relation between Nantes campus and Harbin Engineering University was so well established that I found my way easily arriving in China. The University admitted me with a support from the Chinese Government, they provided a flat on the campus, I was directly introduced to other Chinese and foreign students that showed me everything around so that a couple of weeks after my arrival, I already found a new equilibrium there, based on a melting pot full of warm hearted people from all around the world (except Europe), new experiences at every street corner, chopsticks in the hands and actually more than rice in the stomach.

At the beginning, the choice of studying with foreigners taught in English or with Chinese students taught in Chinese was also given to me. Despite my poor level of Chinese at that time, I came there for authentic experience and did not want to fall in the trap of living in China as a foreigner, because the culture is so different and the language so hermetic, especially for western people, that it is actually easy to spend several years there without being there, just evolving in a foreigner’s microcosms into which you do not have to deal with anything belonging to the “real China”, you really have to take more than the first step into it by yourself, so here I went, choosing to stay as often as possible with Chinese students. Of course I had to take a couple of courses with others foreign classmates, such as language courses, and that was one more chance to meet new people. Taking courses in Chinese was of course very challenging at the beginning, but I still could ask questions in English, get translated books so that I can still understand every notion, but of course listening to teachers speaking several hours straight was painful when I started. Thus strong efforts always pay, I rapidly met Chinese classmates, we worked together after classes (except when the class was on Sunday evening from 7 to 9pm … “see what I meant about real China !”) and after few months I figured out my Chinese improved quite fast, so did my understanding of the culture. 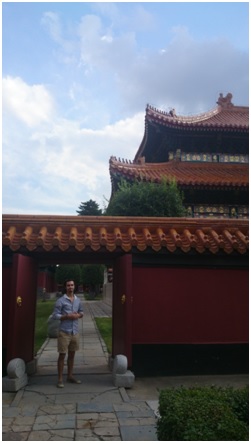 As one of the only student to major in Nuclear Fusion in that University, after one year, my supervisor invited me to continue my research at the Plasma Physics Institute of Hefei, where a facility would enable me to do experiments on the plasma, and certainly get the best experience of research in that field. Wonderful opportunity for sure, I did not hesitate for so long, nevertheless it implied to leave again, and say goodbye to the few very good friends I met, cause moving to another province in China is basically like moving to another country in Europe.

I arrived in Hefei for a year of research on their tokamak, I knew strictly nobody in that city, a car picked me up at the airport and took me to what is called the “Science Island”, which is actually a pseudo island that can be reached through one bridge. A nice teacher welcomed me, showed me my new flat, took me for lunch, and then to my new office where I met all the ten students of the department I belong. They were ten Chinese PhD students, all very excited to get a new foreigner in the team, they showed me everything around, explained me how the organization works … anyway I was very well welcomed once more, besides that time, the surprise was that no one could really speak English, so from the beginning we started communicating only in Chinese, both with my classmates and my teachers. It also did not take me too long to figure out I was not only the only French guy of the lab, but also the only foreigner of the island. At that time, my experience of China has definitely been upgraded to another level, which is actually why I in China for, but still, that one does not goes without daily effort to get yourself integrated in a world to which it is so hard to belong as a foreigner, and that is what makes this experience so unique, so priceless. 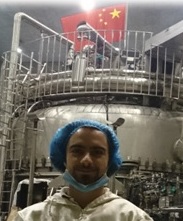 Now I am pushing the experience farther with a Sino-Franco PhD that enables me to work on both machines – EAST in China and WEST in France – with both teams, keep on getting the best of each.

I am grateful to the people who encouraged me to go for this project, the ones who supported me all along, the ones I met who made life easier and colorful, offering me so much. I encourage anyone wheeling not only to explore the world but also deal with others way of life, people seeking for those experiences that, no matter good or bad, let you learn what cannot be taught.